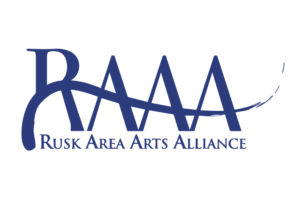 Dear Readers:  Many Americans alive today can’t imagine a time when most movies, television programs and photographs were shot in black and white.  The advent of color opened up a world of amazing visual possibilities in all three mediums, and few would opt to go back to the days before Technicolor and the NBC Peacock.  But some filmmakers and photographers continue to find that black and white adds a depth and clarity to subjects that they feel is diluted by the use of color. Today we’ll meet Karen Koehler, an area photographer who specializes in taking monochromatic photos, and find out why she prefers this technique.

Karen reports that she grew up in rural Rusk County and currently lives in Ladysmith with her husband, Kurt.  She is a graduate of Flambeau High School and is employed by Weather Shield.  Karen says her interest in photography began as a child when her father taught her how to use his Brownie flash camera.  In a short time, she relates, she was enthusiastically photographing local landscapes and “whatever caught her eye.”

Today Karen has graduated to a Canon DSLR camera and her early efforts at photography have led to a serious avocation.  While landscape photography remains her main interest, Karen says she also enjoys taking pictures of “random objects” and “old things” such as cars and buildings.   Spontaneity is important in her work.  On a typical photographic outing, she has no particular plan, but gets in her car, picks a road at random, and sets out to take pictures of anything she finds interesting.  Karen says she prefers to photograph in spring and autumn, particularly when taking pictures of trees.  She reports she likes to capture the “bare bones” look of trees either before they have leafed out or after their leaves have fallen.

When asked why she prefers to photograph in black and white or sometimes sepia — a pale reddish-brown color often associated with old photos — Karen says she thinks color can distract the viewer from the essence, or basic nature, of the photo subject. She uses her computer to digitally edit her pictures and tends to focus on bringing out their darker shades.  Karen employs a technique called “burning” to let her darken selected portions of a photo and uses other computer techniques to create an “older, worn look” in some of her pictures.

Karen says she hasn’t done any commissioned photography, but would consider it if she were allowed to put her own vision or stamp on the work.  She says she would “have to be true to what she sees in her own interpretation of the photograph.”

Besides photography, Karen has an interest in writing, and has completed one “whimsical” book for very young children and has another two underway.  The books, she says, are “just for fun,” and the completed one is not yet published.  Additionally, Karen indicates she has an interest in trying her hand at landscape painting, but hasn’t had a chance to attempt it as yet.

A long-time member of the Rusk Area Arts Alliance (RAAA), Karen has, for several years, been the curator of the RAAA Gift Gallery located atToad House,  711 Lake Ave. West in Ladysmith.  She reports that all exhibited artwork – which includes such diverse media as painting, jewelry, fabric arts, handmade dolls, folk art, photography and wooden items – is made by RAAA members, and her job is to arrange the display of new material as it is rotated into the Gallery as well as take down art that has been exhibited for its designated time.

Karen’s photography can be viewed or purchased at the RAAA Gift Gallery, at Backroads Coffee in Hayward, WI, and on Etsy at www.margaretlillian.etsy.com (a website Karen says is named after her two grandmothers.)